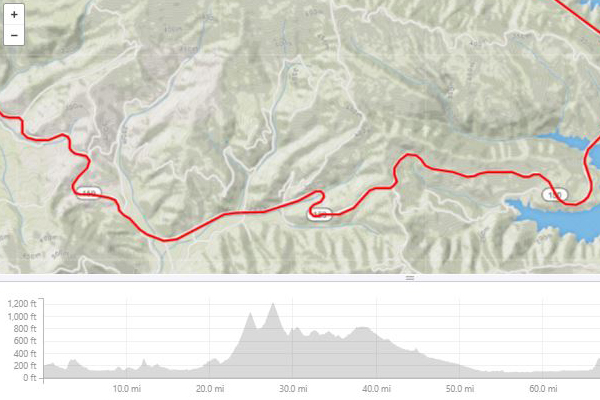 This bicycle collision involved a steep downhill four-lane roadway under construction that included trenching across the travel lanes and concealing the work zone overnight with steel plates. The cyclists’ daily commuting habit between home and office helped establish the rider’s experience and weekly average mileage.

Physical evidence documented by investigators included a trail of metal, clothing and tissue scuff marks to the roadway leading to the rider’s point of rest. The overall slide distance, slide friction and adjustments for the roadway slope were used to determine the rider’s speed at the moment the front wheel struck the steel plate in the road.

Investigation demonstrated that the rider routinely used the Strava smart phone app. Strava is an application for run and cycling tracking on the social network of athletes. Among other features, Strava users can track equipment use, personal goals, individual rides, accumulated mileage, and standings among other riders on similar route segments.

Using features in Strava, the rider’s data from the months leading up to the incident was analyzed to determine a behavior pattern. The incident rider’s speed range and average speed on the steep downhill section was found to be in close agreement with the impact speed calculated using conventional reconstruction methodology.