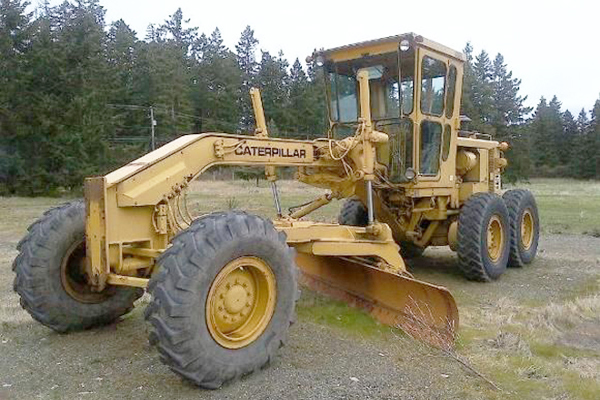 In a vineyard in Santa Maria, CA, a Caterpillar 12G Motor Grader was tested to determine its acceleration/deceleration/speed capabilities, and stopping distance using the grading blade. The CAT 12G was instrumented with a Logitech V-Box II Lite 5Hz GPS Data Logger. The Motor Grader’s top speed on level ground in 5th gear was measured. Deceleration rates were measured at pre-braking speeds up to 17mph. Stopping distance with drag produced by the Grader’s blade only was measured at speeds up to 17mph.